If you’re running the default Ubuntu 14 LTS server on AWS, you’ll find that the package manage will only install MongoDB v2.x. However, you can install the latest version by updating apt-get using this tutorial, allowing you to use install the Parse API Server.

Once MongoDB is installed, the service will automatically be started. You can verify this by running the following command:

The command line will output something similar to the following it was successfully started:

To start using MongoDB, you can issue commands like the below examples:

Which will result in the following output: 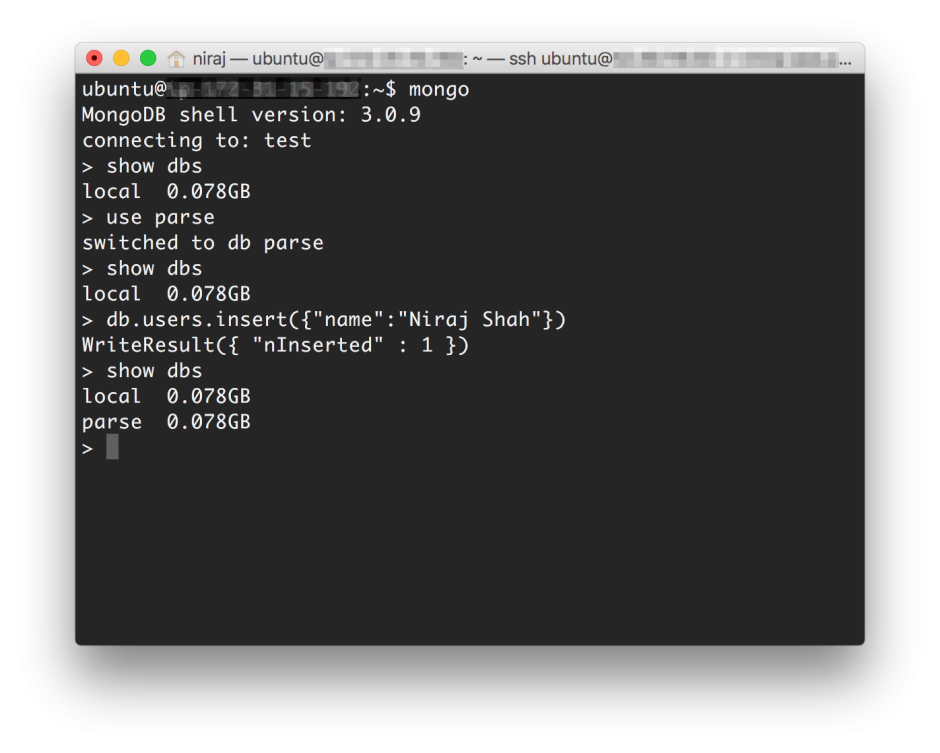