The Nissan Winter Challenge application was another application I created for Nissan’s “Prove It” Facebook Fan Page. The application allowed users to upload videos and photo of their skiing holidays from several European destinations. Users could then comment on the the content and hate it using a thumbs up / down rating system. 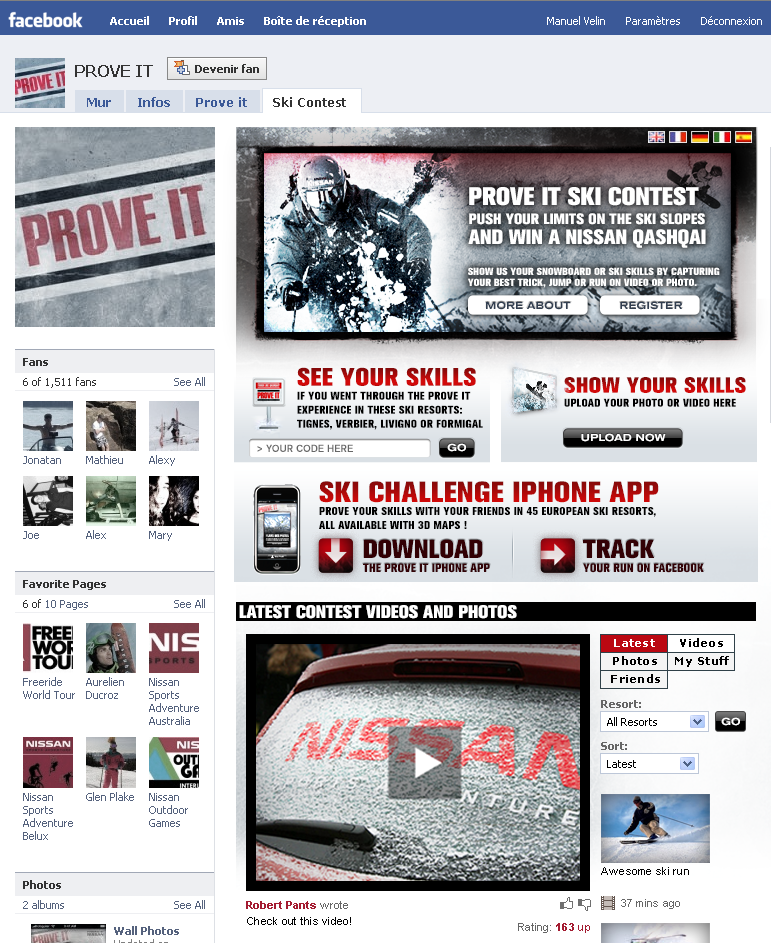 The application was localized for five European countries: